This NSA situation has certainly gotten people up-in-arms. And that’s not meant to be said with a hint of judgment. They have good reason.

It is a mess, but am I the only one who wasn’t surprised? I was aware for well over a decade that if you write the word “President” after writing the words “kill the” on the internet that you would be flagged and you would probably get to meet some Secret Service agents. Which is exciting. I’ve always wanted to meet those dudes. And I may get to considering I just wrote what I wrote.

[Hello, government officials. I’m a good guy, I love my country and I’m just using those words to make a point in a blog I’m writing here for comedic purposes. Feel free to look around on my page. If you know of anyone hiring actors or comedians send them my way! I am of no threat.]

My point is this, I was well aware we were being observed in some way. Why is everyone so surprised about this? They monitor us. It’s been going on for years. And honestly, they should within reason be doing that. There are a lot of dum-dums out there who want to hurt people. You do know that assassination attempts have been made on practically every US President since JFK, right? I have not heard if President Obama has, but they tend to keep that information to themselves…as they should. Tough world we live in.
But every single President except Nixon had assassination attempts made on them. Every one, but Nixon! Even Bartleet had an assassination attempt! That’s pretty messed up. Especially when you realize that there were assassination attempts on even Presidents Ford and Carter.

Really? Ford and Carter?!? What on Earth did they do to make anyone that angry? I know Carter wasn’t the best President, but he’s the sweetest man in the world! Who was the next target on their list? Labradoodle puppies?

Who would want to hurt these little babies? 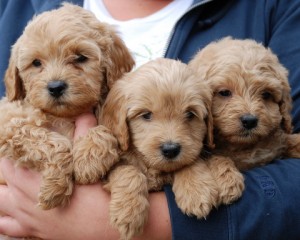 People who’d want to kill Carter, that’s who. (aka JERKFACES!)

Anyway, don’t get me wrong, if someone isn’t suspected of being a threat then they shouldn’t be monitored. But if someone is a threat or even says some buzzwords that put the government on alert I say find out what those fools are saying.

I would like to add some things to the list of what the NSA considers potential threats to be monitored:

Okay, well that’s all I have for now.

Be safe everyone, and don’t be a jerk to people. That would actually avoid the vast majority of every problem we face, if we all just agreed not to be jerks. Especially to Labradoodles.